How do I sync my SaferMe card on a mobile phone?

Watch how to sync a contact card using the SaferMe Sync app on a mobile device in the video below.

Once the SaferMe Sync app has been downloaded the sync can begin.

Bluetooth must be turned on for the device itself AND for the SaferMe Sync app in settings.

Steps to sync - with images

Bluetooth for the device 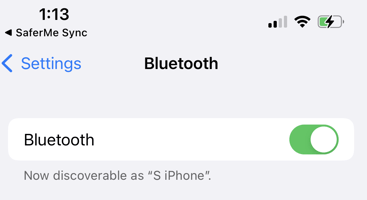 Bluetooth and camera for the SaferMe Sync app in settings 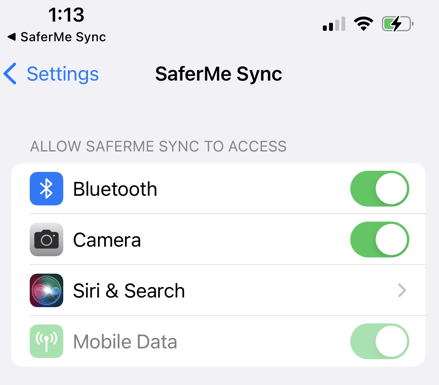 Once all correct permissions are turned on the app is ready to sync.

The process for syncing the data is quick and takes a few seconds per card.

Data on the cards is deleted after 21 days.

After scanning the QR code or entering in the card ID, turn the card over and hold down the button on the card until a red light flashes.

My card isn't synching - what do I do?

Email support@safer.me if these problems persist and synching continues to be unsuccessful. Include device type, version of device and describe the specific error message experienced. Our team would be happy to help.